Any woman who has worn work boots originally designed for men knows this truth all too well — not all boots are created equal.

Women’s feet are anatomically quite different to men’s feet. Generally speaking, they’re a bit shorter and narrower. But they aren’t just a scaled-down version of a man’s foot; they’re also a slightly different shape.

It’s little wonder then that women who find themselves wearing men’s work boots don’t find them as comfortable or as well-fitting as their male counterparts do — they’ve been designed for a completely different shaped foot. 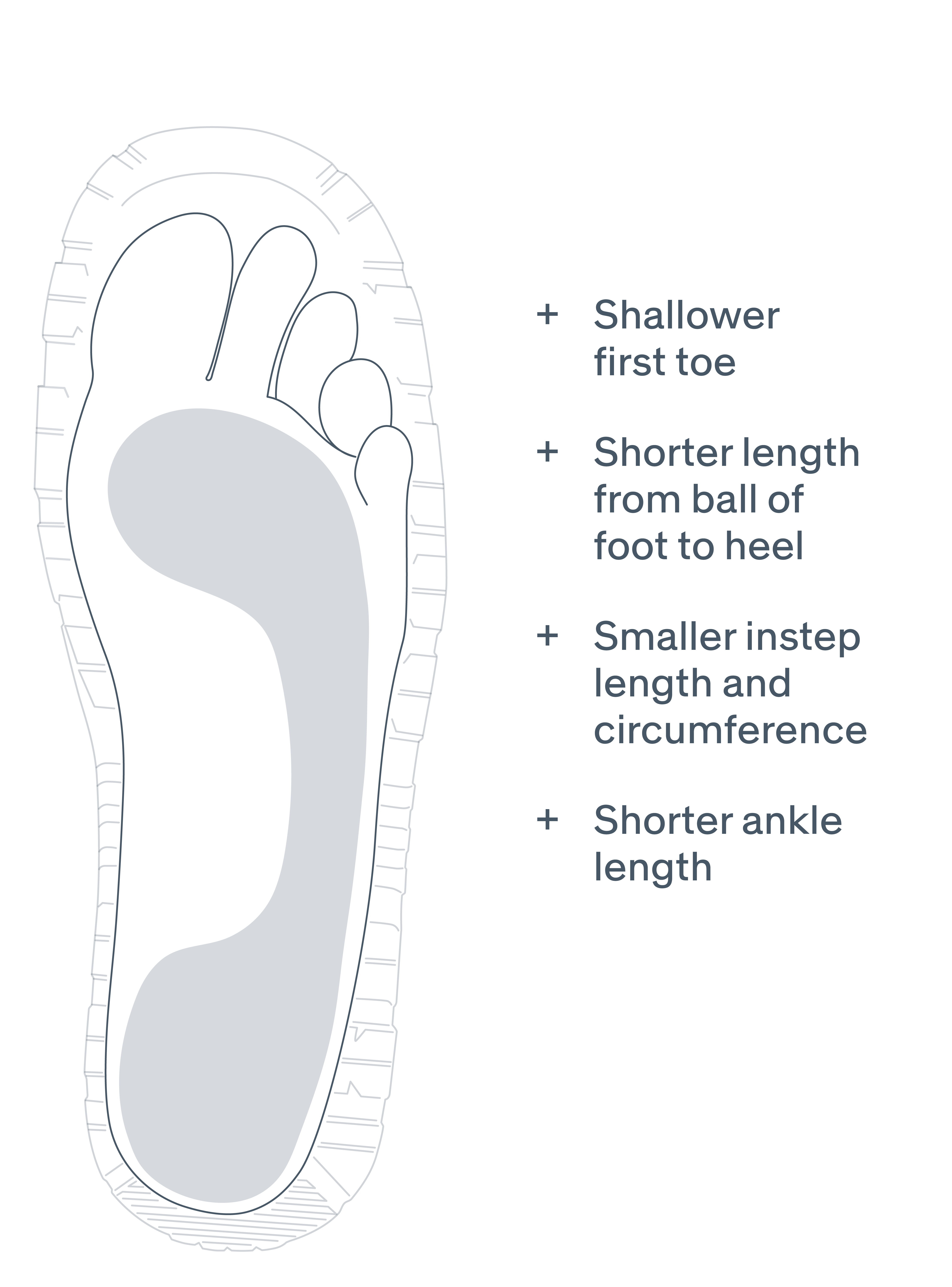 Until relatively recently, women who required work boots or safety boots had very little option but to buy and wear work boots designed for men, despite the fact they didn’t fit properly.

Wearing poorly fitting boots can lead to blisters, heel pain, bunions, athlete’s foot, hammertoe, in-grown toenails, back pain, hip pain, knee pain and all kinds of other problems — some of which can cause long-term health issues.

Michael Harding, our Head of Product Development and a footwear designer for more than 40 years, said Steel Blue identified the need for a true woman’s safety boot and set about creating one.

“It needed to fit well, being designed especially for a woman’s foot, while meeting all the quality and safety standards of our men’s work boots,” he said.

Getting the design of our women’s work boots right

Steel Blue released our first women’s range of work boots in 2004. Look, we’ll be honest with you; it was a steep learning curve for us, and our early efforts left a bit to be desired. Our Founding Director and Chief Sales Officer, Ross Fitzgerald, said we’ve learned an awful lot in the nearly two decades since. 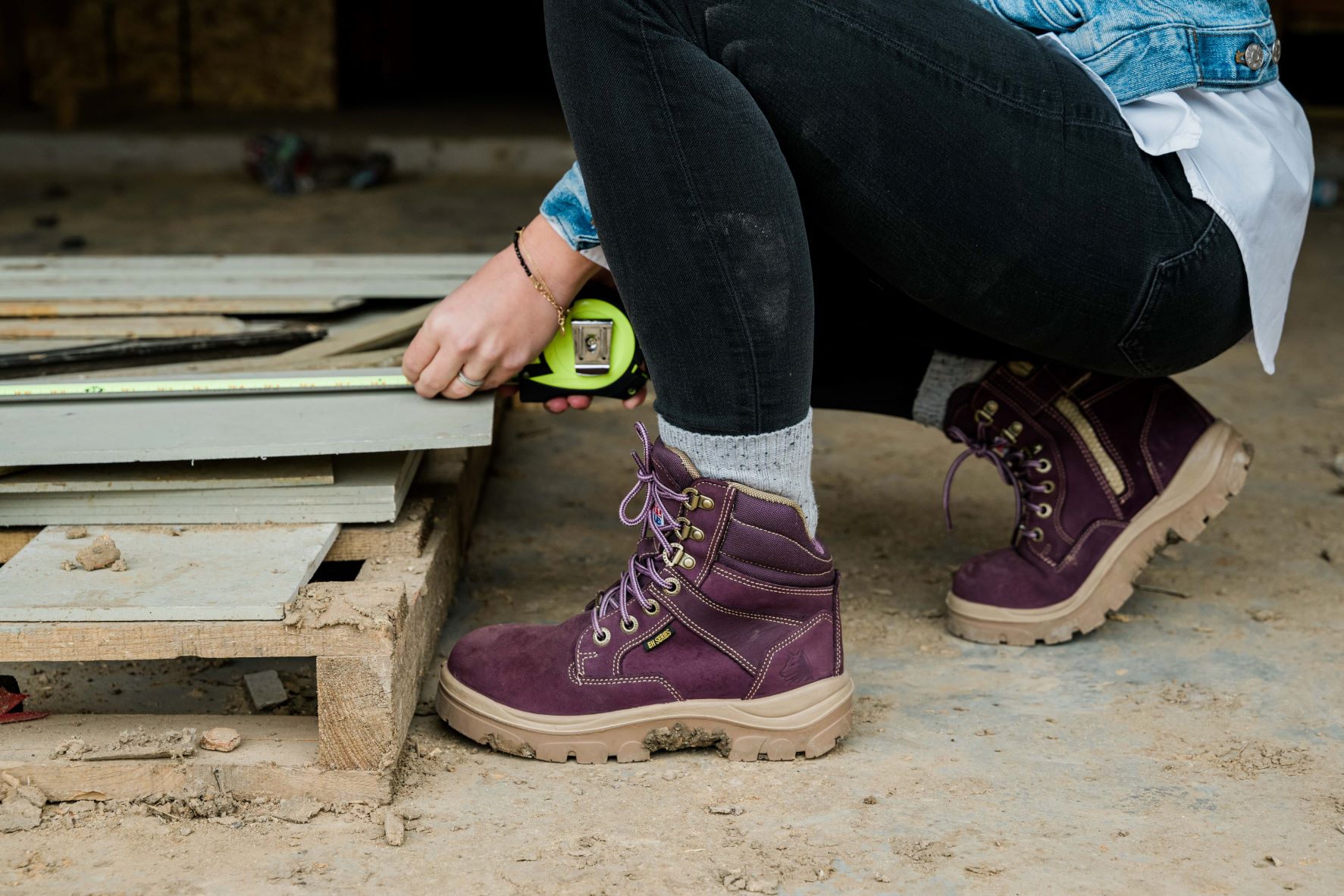 “Around 2012 we came out with a better range that was very comfortable,” he said. “We had our last (the plastic mould, shaped like a foot, that is used to design and build a boot around) remade to fit real women’s feet. We then redesigned our ladies range from the sole up, with some new styles added along the way.

“When we started making women’s boots, they were less than one percent of our sales, nearly zero,” Ross said. “Now, they make up about 13% to 15%.”

“we view it as our responsibility to do our bit to help remove any barriers faced by women that would make it harder for them to have a career in the trades.”

Of course, that’s not just down to Steel Blue making better fitting, higher quality, more comfortable work boots for women. It’s also down to the fact more women are doing the kinds of jobs that require work boots.

“That trend is just going to continue,” Ross said. “We’ve got companies aiming to have 50% of their jobs filled by women — we’re talking about mining companies, construction companies. It’s a great goal.”

“With an industry-wide shortage of workers, we view it as our responsibility to do our bit to help remove any barriers faced by women that would make it harder for them to have a career in the trades.”

What women want in work boots

“So, the workmanship, protection and guaranteed comfort are the same, with some additional options including a broader range of colors for women to choose from.”

Michael said it was also really important to ensure women’s work boots are comfortable around the foot because women tend to wear thinner socks, so any small lumps or bumps are easily felt through the sock.

Other innovations for women’s boots, like a scalloped-out collar at the back of the boot to make room for the Achilles tendon, have since been incorporated into our men’s ranges.

Check out our range of women’s work boots on our website, shop online, or find your local Steel Blue distributor to discover work boots that are a mark of true skill.